Another question from my FB page. Someone asked where I get inspiration for my heroes. So here’s my attempt to answer:

I don’t predetermine a guys personality and it usually takes me a couple of scenes to get to know them. Their character will be based on what the heroine needs, and not necessarily what she thinks she wants. More often than not, I don’t know what it is the heroine will need—or be drawn to—until I’ve been in their head for a while.

I think we all know that a lot of times what we want in a relationship can turn out to be a disaster. And sometimes the line between functional and dysfunctional is a little thinner than we’d like. When my husband and I were dating, I introduced him to some friends of mine that were a couple. After meeting them, he commented, “I’m not sure they’re exactly what each other needs, or exactly what each other don’t need.”

It’s all about finding that line. Does the couple balance each other out or drive each other to the brink of insanity?

My heroes’ personalities depend on the heroine’s personality. For Marilee I knew I needed someone quiet and thoughtful. He needed to be observant, someone who would know when to back off. An alpha male who wanted to walk in a sweep a girl off her feet with his charms and good looks would have made Marilee lock and bar her doors. I needed a hero who would recognize her vulnerability and not take advantage of it. 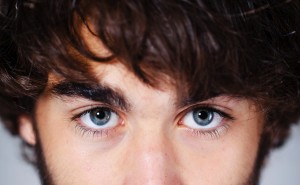 For Ella I needed someone sturdy, someone willing to jump into her adventures with her, but he had to be a protector as well. Her want of adventure and her willingness to go find it was dangerous some of the time. Gavin needed to recognize that and be willing to keep an eye out. 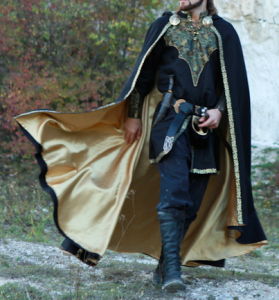 Rhys ended up being the closest thing to an alpha male hero that I’ve written. He’s a little bit brooding, and has that air of mystery. Lylin is probably the most even-keeled of my heroines. She didn’t feel out of place in her world, and hadn’t been traumatized, so I liked putting her with someone who had that underlying current of intensity. At the same time, he couldn’t be the signature brooding guy, and I loved being able to show his more lighthearted side in scenes like the picnic and laying under the stars.

And of course it’s not all about what the girl needs. The relationships need to be balanced, so I need my heroines to have characteristics that will be helpful to the hero. Gavin had been ignored by the upper class for so long that it was easy for him to think of himself as less-than (I imagine most people in his position would feel the same) and I enjoyed having Ella see him for who he was and not what he was.

Rhys had lived with his deceptive brother for so long that what he really wanted was sincerity and honesty. I loved writing Lylin’s penchant for just saying what she was thinking.

James needed someone who could love him in an overwhelming, hold nothing back kind of way. He’s sensitive by nature and has a huge heart. He’s used to taking care of people and does a great job of taking care of Marilee. But I love that after she’s healed, I know that she won’t hold back from loving him with her whole soul.

Aaaaand this is the part where I awkwardly clear my throat and shuffle my feet because I realize I really am one of those people that talks about her characters like they’re real, like I’m not the one that made it all up in the first place. That’s just the way it goes, I suppose.

3 thoughts on “Inspiration for Heroes”