One of my favorite book scenes of all times is in Harry Potter and the Order of the Phoenix. At the end when Harry is talking to Dumbledore in his office, discussing the prophecy.

“Neither can live while the other survives.”

Dumbledore explains that the details given in the prophecy applied to Harry, but they also applied to Neville. It’s the moment when Harry finally understands what being the Chosen One will eventually mean.

And Harry’s reaction in that moment is so profoundly vulnerable. 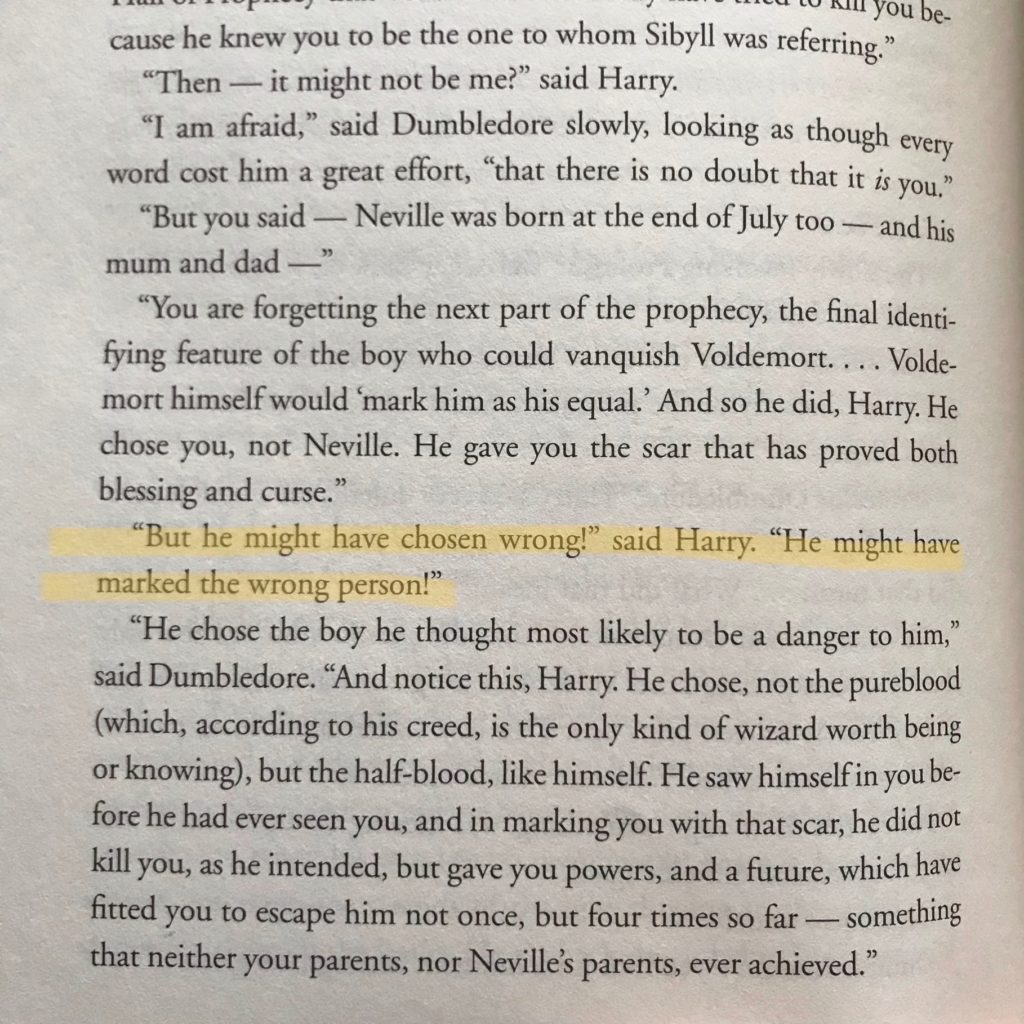 He grasps for the smallest hope, the littlest thread of light that might change the world so that he won’t be inevitably marching toward his own death. They were wrong. It’s all wrong. It HAS to be wrong!

It’s one of the most brilliant aspects of the book. Harry didn’t want it. He didn’t want any of it. He was lauded, admired, loved, put on a pedestal, but none of that did him any good. Because he was still just a motherless, fatherless kid who didn’t have any choice but to rise up and do what he could to protect himself and others.

No mask. No cape. No victory laps. Instead, at the end of each year, he ends up in the infirmary or with dead friends. Or both.

He has greatness thrust upon him and sometimes he bears that weight with his head held high. Other times, it leaves him broken and crying—whether in Dumbledore’s office or over a friend’s dead body.

Isn’t that a lesson to be learned? Greatness doesn’t mean being strong all the time. It just means putting one foot in front of the other, letting ourselves cry, and sometimes admitting that we can’t do it by ourselves. Because whether we are motivated by duty or love or just our own moral compass, we should never have to walk through life alone.