First, a giant THANK YOU to all who have purchased, read, and even reviewed Songs for Libby. If you liked it, please tell a friend, or post about it, or tweet about it. All my yammering will do very little in comparison to a recommendation from you.

END_OF_DOCUMENT_TOKEN_TO_BE_REPLACED

Sixteen days, my friends, until Songs for Libby is released.

This indie-author thing that I’m doing—it’s hard. And frustrating. And I seriously don’t know what I’m doing sometimes. All my marketing and launch ideas feel like one giant crapshoot. Will they work? Won’t they?

END_OF_DOCUMENT_TOKEN_TO_BE_REPLACED

Just like all of my other books, If I Could Stay

involved a lot of rewrites. I’ll write a scene as I imagine it and then I’ll realize that I don’t know enough about a subject to be sure that the scene is realistic. For Painting Rain

, it was the painting scenes. I had to go out and research renaissance painting techniques and then go back and incorporate them. For Keeping Kinley

, it was how to tend an orchard. What fruit should I use? How can you tell if a pear is ready? And then I went back and rewrote. END_OF_DOCUMENT_TOKEN_TO_BE_REPLACED

That’s what I am. I’m stuck. I’ve been stuck for about three months now and it’s starting to make me a little crazy at times. At other times I completely forget about it and ignore the fact that I could and should be writing. Not that I haven’t tried, but each time I try to bust through my writers block, I manage to eek out a page or so after several hours of concentrated effort and then I go back to ignoring it. *pathetic sigh of defeat*

I’m sometimes tempted to blame it on the fact that I’m pregnant and it’s altered my brain chemistry. Anything to avoid the fact that I just don’t know what to write next.

I was reading a blog of one of my favorite writers and she posted about how she plots her novels. And I got really jealous, because she knows the entire plot of her novel before she starts it. Do you know how EASY it is for me to write something if I KNOW what’s going to happen? Give me a plot point and I can take off with it. It won’t be perfect or even good the first time around, but I can get it down on paper, no problem.

That’s not how my mind works though. I have such a hard time coming up with a plot because my characters have to tell me where to go. So first I have to write enough of my characters to get to know them and then I have to wait for them to decide what to do.

I never have multiple story lines running through my head at once, it’s just one set of characters trying to figure out how to live their lives. I love how that sounds insane. But that’s how my brain works. Right now I have the first 2/3 of the story written, and I have a couple chapters near the very end, but I don’t know what happened in between.

So if someone would just volunteer to plot a novel for me, that would be lovely. Any takers? 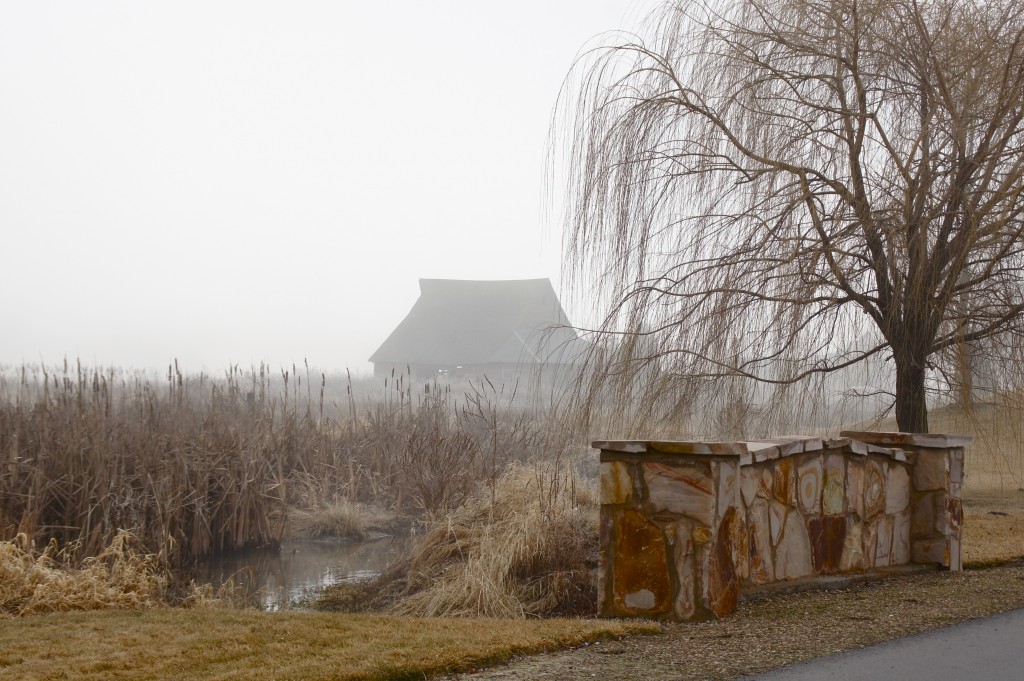 For the past three months I’ve had a hiatus from blogging on my family blog. I would love to say that my hiatus was due to the fact that I’ve been delving into my writing and making lots of progress both editing my first book and getting farther along in the story of my second book. But that’s not the case. My hiatus was due to iweb not working. So I ho’d and hum’d about what to do about blogging instead of actually Doing anything. But I’m back, so here we go.

Now, it’s not like I haven’t had any progress on my books in the last three months. I have. I had a ton of people reviewing and commenting on the chapters of my first book and I’ve been doing a lot of nitty gritty nit-picky editing stuff. As least up until the last month. In the last month I have done NOTHING. I could use the excuse of being busy, but that’s really not true. My reason for not writing is the same reason I haven’t done dishes today: I. don’t. wanna. I haven’t had the desire, or inspiration or whatever to write anything. I haven’t even looked at the files for my books in several weeks. Not because it’s off my radar, but because…just because.

Can you feel my frustration? Cause I sure can. Waa. 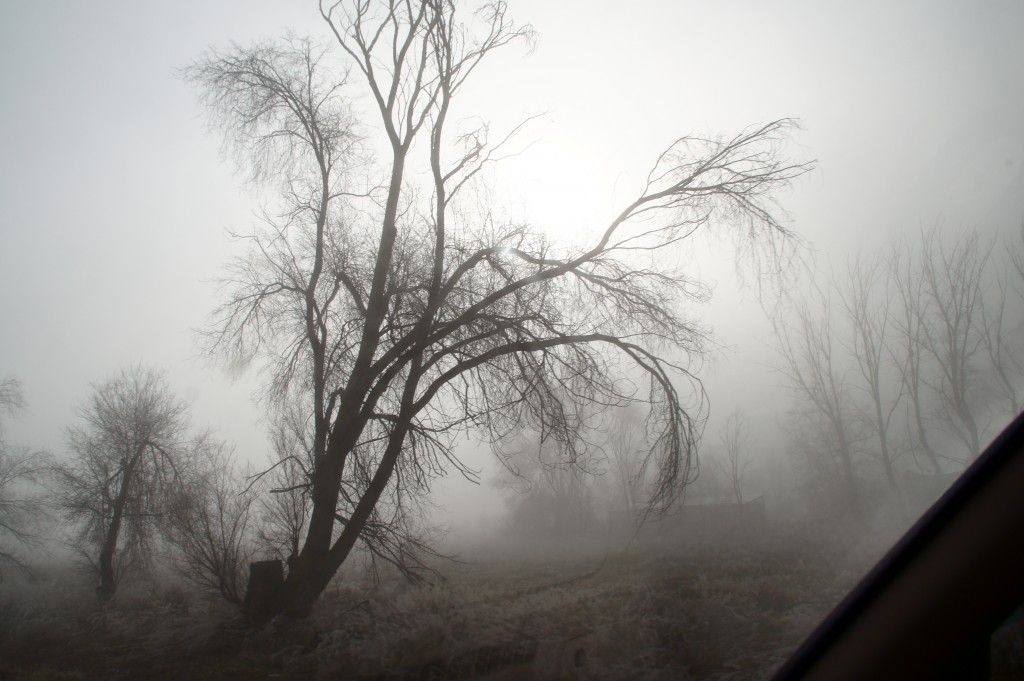 It’s one of those nights when my hubby went to bed early.  Whenever I am up at night by myself, I end up like this.  Depressed almost.  I suppose it’s really more pensive than anything.

I’m trying to think what I should be writing about.  Surely, there is something that I have to say, but I guess I’m not feeling profound right now.  And I wish I were, I feel like I should be feeling profound because. I don’t know.  I’m wanting to embrace my writer-ness.  I’ve been writing a book for five years and last week I sat back and realized that I was done.  The story was complete.  It was all filled in, a solid line from A to Z.  So hubby helped me figure out what to do next and I started researching literary agents and I started reading agent blogs and author blogs and anything I could find about writing and submitting your work and I realized:  I’m not done.  I’m not even close.  Don’t get me wrong, I’m thrilled to be at the point where I have an entire story.  But most of the agents will request the first pages or chapter if your query is good enough (which is a long shot in the first place).  And I realized how unsatisfied I am with the beginning of my book.  It’s not good enough.  I know that.  I know that there are large chunks throughout the beginning of the book that just aren’t that great.  I’ve been avoiding them, convincing myself that they’re good enough cause it gets me form C to D and then from G to H.  But that’s not good enough.  If I’m going to take the time to research and submit to all of these agents, if I’m serious about getting this thing published – which I am – then why in the world would I leave parts in it that I’m not satisfied with?  I’m not; I’m going to fix them.  But I’m a little scared to get started because I’m afraid that if I rework the beginning, the story will try to take me somewhere that doesn’t fit in with the rest of it.

But really that’s not it.  I know I can steer it where it needs to go.  Really, I know what my biggest problem is.  The problem is that I don’t have a good enough setting.  I don’t know exactly how and why my city is set up the way it is.  And so then my characters end up drifting from place to place and there’s no cohesion in the setting.  I don’t know what it looks like.  How the crap did I get to the end of the book when I had a modpodge setting that didn’t flow together and didn’t really make sense?  I need to sit down and draw it out, or something.  The problem is that I suck at visualizing a setting.  I can feel the emotions of my characters, I can hear their voices and see their expressions, but it is very difficult for me to see the space around them.  Why?  Because I don’t care about the space around them.  I do once in a while, but for a lot of the scenes, the scenery just doesn’t matter to me.  I care what goes on between my characters, I can see what happens between them, but the place where they’re standing just isn’t there.  I have to make it up and so much of my setting description is just crap that I threw out there because I had to describe where they were, but I don’t see it. I wish I had the video we took when I was driving across france with my Dad and sister.  Maybe that would help.  Maybe I need to quit trying to make up a setting and instead base it on somewhere I’ve actually scene.  Heck, I could stick the castle on top of the hill in Buena Vista and throw it back in time.  Of course, I won’t actually do that because that’s not quite what I’m looking for.  My point ( I love how I say there is a point, when really I’m just thinking through my conundrum; it’s not as though I’m trying to convince anyone of an actual point) is that I’m going to need to look at something and describe it because apparently my imagination is not good at coming up with imaginary lands.

I guess I know what I’m doing tomorrow, you know, during all my free time…