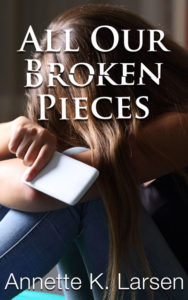 “I stared at the screen. Yes. I was alone. Alone enough that I was considering responding to this pseudo-Devin, this not-at-all-Devin who texted from Devin’s number. But that was probably a bad idea. It would be too much like I was pretending that Devin was responding. It would be weird, and possibly unhealthy.”

Ginny and Devin have been best friends for most of their lives. They’ve relied on each other, laughed with each other, kept each other sane.

But now Devin is dead, and Ginny is floundering to find a way to cope with the loss and continue living when the one person she’s always relied on is gone. So she does what she’s always done. She pours her frustrations into texts to Devin, or at least to Devin’s useless phone number. She sends her pain and anger out into the void of cellular data with no hope of response.

Until the day when someone does respond. Ginny knows that this person—this Not-Devin—won’t ever replace her best friend, but maybe he can help her heal, or at least give her a reason to smile again.