Us vs Them creates conflict, which is what stories are built on. 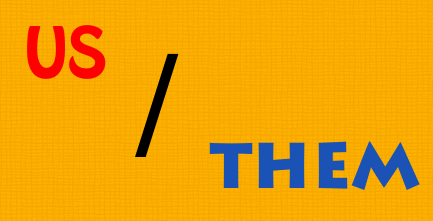 END_OF_DOCUMENT_TOKEN_TO_BE_REPLACED

I heard a song the other day that started with the lyrics, “Guess it’s true I’m not good at a one-night stand.” The sadness of those lyrics struck me. The assumption that the majority of people are/should be good at having meaningless physical relationships speaks to just how much society has devalued genuine feelings and emotions like love, affection and caring. It’s become the norm to “use it and lose it.” The fact that the word “it” is used in that term should tip us off to just how much we’ve dehumanized each other.

The song is sung by a man and it got me thinking on the condescending remarks people tend to make that “boys will be boys” and “men can’t help themselves.” I’m guessing many of you agree that the latter is bull and that men can and should control themselves. But what of the first one? There is no denying that little girls and little boys tend to have different interests depending on their gender; but what does that have to do with the crippling idea that men have no self-control? END_OF_DOCUMENT_TOKEN_TO_BE_REPLACED

Before I was lucky enough to find blogs and other resources that I could rely on for book recommendations, I would troll Amazon. If a description caught my eye, I would look at the sample pages. In doing so I discovered a disturbing trend in romance novel plots. Two books still stick out in my mind. One started with a drunken man stumbling into what he thinks is his room at an Inn. He then assumes that the girl sleeping in the bed must be a prostitute and he treats her as such. The second book started with a ‘gentleman’ (it was a regency, I believe) coming upon a lady in a garden. He only sees her from behind and mistakes her for someone he was supposed to be meeting for a romantic rendezvous. He ends up assaulting the poor girl before realizing she’s not who he thought she was. When he does realize, there is no apology. He just turns on the charm, brushes it off as no big deal, and they part ways. Later, during the social gathering they are attending, he winks at her from across the room.

I went back and read the descriptions of these books and realized that, yes, in both cases I had just met the hero and heroine of the book. These were the two people that were going to fall in love and live happily ever after.

What the crap??!! Are you kidding me? END_OF_DOCUMENT_TOKEN_TO_BE_REPLACED