I had a reader ask on my FB page where I came up with the original concept of Ella and her sisters.

The first few scenes that I wrote for Just Ella were so bad. They were stilted and awkward, the dialogue was contrived, and I was trying to write in the style that Jane Eyre was written in, which didn’t work since I’m not Charlotte Bronte. I didn’t have a handle on the old timey speech, and I didn’t really know who Ella was.

The original beginning scenes were also nothing like what they are now. Ella and Gavin met, yes, but in the original version, Gavin was this stand-offish boy who had a major chip on his shoulder and refused to pay the royal family their due respect. Ella found this intriguing and sought him out and they became friends. It took me a while to realize there was no reason for him to be stand-offish, and I frankly didn’t like him that way. 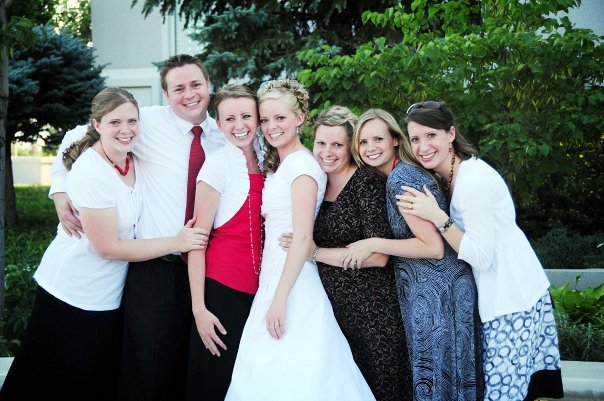 Me and the sibs…

Why no brothers? I didn’t want there to be an heir apparent. There’s an anxiety associated with each princess’s marriage because each could potentially take the throne. Granted, I was only thinking about that in the context of Ella’s story because I didn’t originally have any plans to write stories for the other sisters. But, boy howdy, that ended up being a big deal for Ella. Plus it helped that there were no overly protective brothers to detect her sneakery and ruin her fun.

So, I suppose the short answer is that the sisters came about because as I was filling in the world around Ella, that’s what made sense to me. It’s what I was familiar with. Also, keep in mind that the world and story didn’t come together smoothly. Just Ella took me seven years to write, so the vast majority of what you read is the result of a whole lot of trial and error.

Cause that’s how I roll.

8 thoughts on “The Original Idea for Ella and her Sisters”