I was musing about the Twilight series this morning. Random, I know. But it got me thinking about something important.

When I was first introduced to the series, I loved it. It was well told and based on a twist of an idea that I’d never encountered before. As time went on I found several elements of the book I might not have agreed with, but overall, I liked the series. That was before the big craze hit, or at least before I was aware of the crazed fandom that had developed. That obsessive kind of fandom left a bad taste in my mouth and turned me off to the series for a while before I remembered the reason I had found Twilight so compelling in the first place.

You see, it wasn’t the love story or the vampires that pulled me in. It was the idea that despite the fact that the Cullens were essentially damned creatures, doomed to bring pain and grief into the lives of others, they chose not to.

It’s easy for us to blame our bad choices on our circumstances. How we grow up and who influences our lives will impact the way that we think, but it doesn’t have to control us. Sometimes it’s tempting to let our circumstances define us instead of our choices, but when we do that, we give up everything. We were made to act, not to be acted upon.

I hope you guys know who Malala is. She was a Pakistani teenager advocating for the right to education when members of the Taliban boarded her school bus, asked for her by name, and shot her. She survived the injury and continues her work today. She just recently turned 18. I saw an interview with her where she talked about being confronted by the taliban. She said that she considered throwing her shoe at them because it was the only mode of defense at her disposal. However, she decided against the idea, because responding to violence with violence would make her no better than her attackers.

Bold words from a young teen. Her life was being threatened, and I think any one of us would agree she would have been fully justified in defending herself in any way, but she decided that—for her—the right thing to do was to be peaceful, to not allow these militant men to change who she was striving to be.

Malala chose not to let her circumstances define her.

The child soldiers of Joseph Kony also came to mind as I was thinking about this idea. Joseph Kony is the leader of a guerrilla group that operates in Uganda and surrounding countries called the Lord’s Resistance Army (LRA). The way he “recruits” people to his cause? He and his men kidnap children, enslave them, indoctrinate them and force them into military service. He has turned more than 30,000 kidnapped children into either child soldiers or slaves for his cause.

Why am I speaking about this atrocious man after talking about someone like Malala? It’s not him I want to point to. It’s the kids he kidnaps. I can’t think of very many circumstances more controlling and manipulative than the situation these kids find themselves in. How is it even possible to make a different choice when a child lives in such an environment? When they are ripped from their beds and forced under a very real threat of death to do as they’re told? 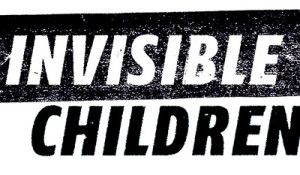 There is a group advocating for these child soldiers called Invisible Children. Among other efforts, they have distributed Come Home flyers. On these flyers, Kony’s soldiers are instructed on how to leave Kony and his group and safely surrender. Kony has been telling these boys for years that they will never be accepted by their families if they try to return, but with the help of these flyers, some have come out of the jungle and even been reunited with their families. They no longer have to be acted upon by the man that stole them away from their loved ones in the first place. They can make the choice to leave.

What superhuman courage would that take? What an extraordinary example of making your own choice.

In today’s society, it is very popular to play the blame game. The scourge of entitlement rolling through society tells us that we deserve everything and are never responsible for our own failings. What a beautiful thing it is when we can instead take the situation that has been thrust upon us and choose the higher road, choose the better path.

We do not choose our circumstances, but we choose how to react to them.