I’ve had several people ask me if I’ve ever considered writing my story from more than one point of view (POV). The short answer is ‘no’. I understand the appeal of getting into the heads of both the hero and heroine, but I will probably always write from just one POV. I think it’s easier to understand a characters frustrations and insecurities if you only see what they see. But I’ll admit to having a lot of fun writing just a scene or two from the hero’s perspective. So without further ado… 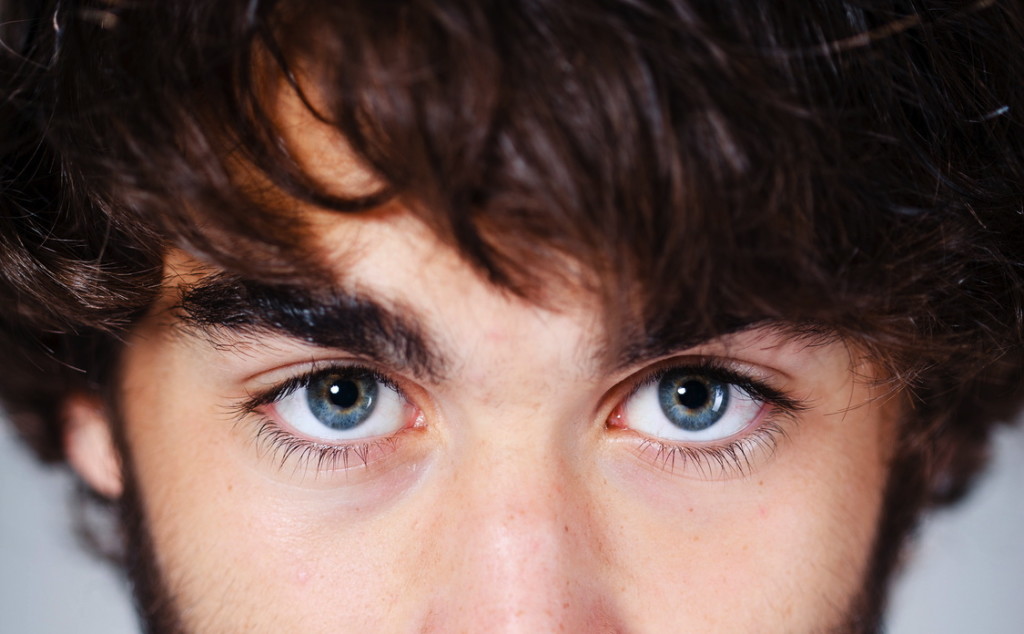 From the Outside Looking In

I walked to the servants’ entrance of the kitchen and stepped inside. I had been here only a few times before, preferring to walk home for a good meal rather than eat in the clamoring kitchens of the palace.

I caught the eye of one of the cooks and raised the flowers I was holding. “I’m supposed to give these to the house mistress.”

The cook pointed with the knife she was holding, indicating a door across the room. “Through there.”

I crossed the room, dodging servants carrying steaming pots and silver trays laden with dishes before pushing the door open with my shoulder.

The house mistress looked up from where she seemed to be scolding a lad. “Mr. Gavin. Very good. Bring them here.”

I handed over the bundle when she reached for them. She set them in a vase, already filled with water, and fussed with their position.

“Will that be all, Missus?”

She made another adjustment before answering. “Now you can just take them up,” she said, thrusting the vase into my hands.

“You wish me to go above stairs?”

“Of course. Joseph always does, you know. Likes to deliver them himself.”

But I wasn’t Joseph. “I’ve never been above stairs, Madame.”

“Oh. Well, follow me.” She brushed past and I had to rush after her. She led me up the steps and through the palace as I cast my eyes about, trying to keep track of where I was going, while at the same time trying to keep my eyes down out of respect.

She stopped at the bottom of another staircase. “Her room is just up there, third door on the right.” She turned around and I realized she meant to leave me to my own devices.

“Should I really be interrupting—”

“The princesses are busy with their studies, young man. You needn’t worry about that. Now, off you go. I trust you can find a suitable place for them, and be quick about it.”

“Yes, Madame,” I mumbled as she headed back to the kitchen. I forced my feet to move up the stairs, baffled that she had left me alone to find the bedchamber of one of the princesses.

I found the door and breathed a breath of courage as I pushed it open, hoping she had been right in assuming all the royal misses were busy with their studies. No one was inside and breathed a sigh of relief. Looking around, I noted the mantle over the fireplace, as well as a writing table, both good spots for the vase I carried. Though perhaps a less obvious spot would be better, maybe the little table beside the bed or the low one in front of the fireplace. How many tables did one princess need? I was turning slowly, taking in the entire room when the door burst open. Ella’s hair flew out around her as she spun to close the door, then leaned against it, as if she were relieved to have arrived.

I was not relieved. She wasn’t supposed to be here. The house mistress had said she wouldn’t be here. This was bad, very bad. I couldn’t be here with her. It was inappropriate and wrong, and her hair was down. Why was her hair down?

She pushed away from the door and walked toward her dressing table without seeing me. The clink of hair pins scattering across the table’s surface reached my ears as she thrust both hands into her hair and shook it. I swallowed, unable to speak as the image of her wheat-colored hair held me transfixed. After she was finished brandishing her hair at me, she tossed it over her shoulder and then looked up into the mirror before her. That’s when she saw me.

She gave a startled yelp and spun around, one hand pressed to her heart while the other clung to the table. I was stuck in the same position I had been in when she entered the room, my body stiff as I tried to contain the feeling of panic caused by the realization that this creature whom I had spent day after day with out in the wilds of the garden had never looked more like a nymph than she did now, her eyes bright, her hair tumbling around her. I pulled my focus back to her eyes and realized she was waiting for me to speak, to offer some sort of reasonable explanation for my standing in her room.

“I—” was all I managed before my nerves choked me and I had to start over, the words spilling out, tumbling over one another in my rush to explain. “I was told that one of the princesses wanted an arrangement of flowers, so I took the liberty of arranging one and when I brought it to the house mistress, she showed me to this room and told me that all the highnesses were doing their studies and I should just place them where I thought best, so I….”

Her hair fell into her eyes and my thoughts scattered. If she would just put it up where it belonged, I was sure I would be able to maintain my train of thought. She pushed the curls out of her eyes, a mystified “Oh,” being her only response.

I needed to give a better explanation. “I would have been gone before now, but I couldn’t decide where they looked best and I had no idea of anyone returning any time soon.” Otherwise I never would have entered in the first place. “I certainly didn’t know it had been you who requested them, though I suppose I should have guessed.” Why hadn’t I guessed? The girl was obsessed with every plant she encountered.

She didn’t respond, just looked at me, her eyes still wide, tempting me to kiss her surprised mouth.

It was time to leave. I was a servant, she was royalty, and I had no right thinking about kissing her just because she had befriended me. What had she been thinking? “I should go,” I tried to say it in an offhand way, and headed toward the door. I needed to get out, back into the real world, the world where I belonged.

Did she have to say my name like that? I stopped, turning to face her. I tried to look at her eyes, but her blasted hair kept distracting me. I looked away.

“The vase,” she said and I looked down to realize I still held her flowers. “On the table would be fine.”

I hurried to the table, my toe catching on the rug as I went. I set the vase down, not paying attention to where on the table would have been best, and fled toward the door once more, avoiding looking at her and barely remembering to give a bungled bow as I yanked the door open and made my escape. A delicate “Thank you” followed me from the room.

I walked, practically ran, down the corridor and was grateful to find my way back to the kitchens and out into the fresh air. I scrubbed my hand over my face, inhaling. The wind and the smell of dirt were right and normal. Not like the barely perfumed scent of the room I had just escaped, the room where Ella slept, no doubt with her curls splayed out on her pillow.

So much for friendship. It felt like I was falling off a cliff.